The head of Medical Esthetic, Natalia Markova, became the speaker of the International Congress on Aesthetic and Anti-Aging Medicine IMCAS 2020 in Paris.

The Congress was held from January 30 to February 1, 2020 and managed to gather more than 12 thousand participants from around the world. The first day of the congress was devoted to anatomy. This year, the organizers took a very responsible approach to security issues, and a separate cadaver material was allocated for each injection zone.


The head of Medical Esthetic, Natalia Markova, this day read a report on the anatomical aspects of correcting the gluteal region with the help of threads.


On January 31, Natalia Markova took part in the Aptos satellite and presented a presentation on the author's methods for correcting the gluteal region with Aptos threads. Natalia Markova also participated in the Round Table on Gynecology, at which a heated discussion unfolded regarding various methods of correcting age-related changes in the intimate area in women. “But in the end, everyone came to the general conclusion that it is necessary to create gynecological threads and you need to decide what they should be,” said Natalia Markova.


According to her, the impressions of the Congress remained twofold: “The level of reports is completely different. They were very interesting, but there were also secondary ones, when very simple techniques were presented as something extraordinary. There were questions about the organization of work of some sessions.”


However, the scale of the event was completely unprecedented. In three days, 353 sessions were held, in which more than 12 thousand doctors participated. Sessions on regenerative medicine and stem cells became a completely new topic of the congress. Elena Lukyanchenko, an anatomical lecturer at the Medical Esthetic courses at the Dermatovenerologist, was impressed by the latest hardware technologies, in particular the robot, which itself is capable of injecting drugs.


“In the future, obviously, we will not need to learn so much and exchange experience, robots will perform injections for us,” Elena Lukyanchenko wrote in her Facebook account.


But the main bonus of such global conferences, as usual, were numerous meetings with colleagues and the exchange of experience. So, Natalia Markova met with Alessio Redaelli, professor of an aesthetic school in Milan, a teacher of the anatomical course, which Medical Esthetic conducted in conjunction with IPSEN in September 2018. Participated in all Aptos events, as an ambassador and a certified brand trainer.


In addition, on the eve of a joint dissection course, Natalia Markova held talks with plastic surgeon Irina Khrustaleva. Recall that the course “Fillers, BTA, threads in aesthetic facial correction” will be held March 27-28, 2020 in Prague. 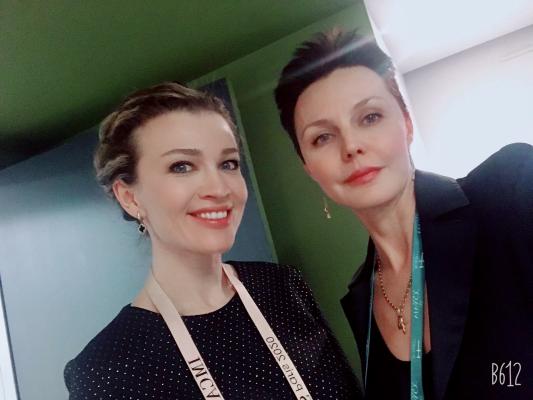