19.12.2018
Despite the dank weather, the Grandior Hotel in Prague was warm and clear these days. The congress “Aesthetic Consilium - Christmas Prague” brought together leading experts of aesthetic medicine from all over the world in the Czech capital.
Monday, December 10th, turned out to be fussy at the Grandior Hotel. Russian language sounded on all floors of the hotel, and a long line of cosmetologists gathered in the lobby.

“We were expecting 250 people at the congress, and 450 arrived. So, some problems with the organization could not be avoided,” admitted the head of the Aesthetic Consilium, Igor Rudenko. However, the organizers of the congress managed to quickly resolve all misunderstandings. Speakers replace each other, and the congress participants tried their best to catch everything and not to miss anything.

“It’s a pity that the most interesting reports are coming at the same time,” one of the participants complained. For example, a live demonstration of procedures in the section “Thread Lifting - Contouring Plastic — Combined Techniques” on December 10 in the first hall was held simultaneously with the analysis of complex cases in hardware cosmetology. And the section “Threadlift” with the participation of Aptos method developer George Sulamanidze and Igor Rudenko on December 11 coincided with the analysis of “Anatomy and Histology of Aesthetic Medicine” from plastic surgeons Sergei Prokudin and Mario Goisis. Although it was this informational richness that made the congress so interesting, the German cosmetologist Elena Riedel-Gan is confident.

Head of Medical Esthetic Natalia Markova, on December 11, spoke at the congress with the presentation “Thread-lifting and bio-reinforcement by the threads of the intimate area in women”. Recently, this topic has become particularly relevant, on the last day of the congress a whole section was devoted to it. And the Ukrainian dermatovenerologist Vladlena Averin, during her presentation on the topic of aesthetic gynecology, even invited cosmetologists to our dissection course in Prague "Intimate area aesthetics".

In addition, on December 11, Medical Esthetic held a master class on using the Jett Plasma machine with a live demonstration of procedures on models. During the report of Svetlana Larkina, the supervisor of OKK-Expert company, “Myths and realities about the use of devices producing cold plasma,” doctors in real time demonstrated the possibilities of using Jett Plasma. Dermatovenerologist from the Czech Republic Milos Kravtsiv removed with the help of plasma papillomas. A coach for Jett Plasma, a dermatovenereologist, cosmetologist, Marina Panko, made one of the patients non-surgical blepharoplasty, and the other conducted a “Plasma shower” procedure for correcting post-acne. Dermatocosmetologist Oksana Vanenkova also performed non-surgical blepharoplasty.

“The best part is that the speakers do not just share information, talk about new techniques and products, but share their mistakes. And this is very valuable when there is an opportunity to learn from someone else’s experience,” says Elena Ridel-Gan. According to her, the Aesthetic Consilium congress did not have a pronounced commercial focus, it was rather a matter of sharing experiences.

The current congress “Aesthetic Consilium - Christmas Prague” was the largest meeting of cosmetologists in the Czech Republic. “The way it all went, inspires enthusiasm. We even think about holding such events every year,” said Igor Rudenko at the end of the congress. 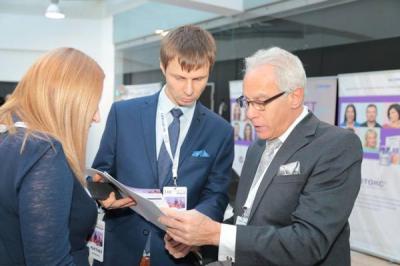 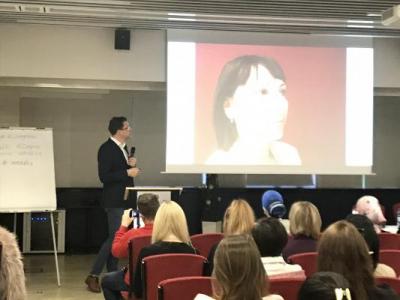